Elaine Crosthwaite was a child in Aigburth, Liverpool during the second world war and lived through the bombing raids in England of 1939-42; this, together with reading Aeneid II on the Fall of Troy and singing in the chorus of Berlioz's Prise de Troie at Oxford, has coloured all of her memories. She was an only child of illpaid but educated parents, and left High School with multiple A's in the then equivalent of A level at the age of sixteen. Elaine's interest in classics was first piqued when she saw an advertisement for Sanatogen Tonic Wine with a glamorous young man with long hair and a tunic and his equally captivating female companion riding in a chariot past the Acropolis. By the time she understood that ancient Greece was nothing like this, she was thoroughly enamoured with the subject. 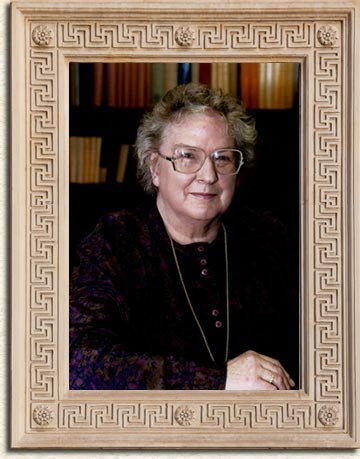 Elaine married musical mathematician Peter Fantham, and together they moved from England to St. Andrews Scotland, where their daughter Julia was born. A few years later their teaching professions brought them to Indiana, U.S.A. where their son Roy was born. The family settled in Toronto, Canada. Elaine accepted a professorship in Princeton some years later, and always returned to Cambridge U.K. in the winter or summer to spend three months each year, until the last few years when travel became more difficult.

Elaine lived in England, Scotland, the United States, and Canada. She also travelled both professionally and recreationally to Italy, Germany, the Netherlands, France, Norway, Poland, Greece, Turkey, Argentina, Chile, Egypt, Brazil, Australia, New Zealand, South Africa, and Cuba. Italy remained her absolute favourite for holidays and academic work. Aside from ancient languages in which few people could converse with her, Elaine fluently spoke Italian, French, and German. She understood written Spanish but claimed she could not speak it quite as well. She sponsored five different third world children located in Burkina Faso, Uganda, the Dominican Republic, Honduras, and Nepal. Elaine found great joy in spending time with her family, both her daughter and her son are married with families of their own.

Elaine was described by her colleagues as incredibly loyal on both a personal and professional level, and one of the most learned people known in regards to not only the subject of classical antiquity but many other subjects as well. Former students admired her for what has been described as an astounding factual knowledge of Rome, and for her encouragement of students to read beyond the typically "classical" side of things and the circle of authors that were typically taught and read in the 60's, 70's and early 80's. She was perhaps best known by colleagues and students as a person who displayed an incredible amount of generosity, kindness, and great talent for friendship. With her flair for conversation, fantastic sense of humour, and mastery of the witty repartee, she was an extremely popular figure in the field.

Elaine liked to spend her time reading, listening to classical music, and enjoying visits from family, friends, and former students. Her favourite composers were Mahler and Berlioz, and she enjoyed movies such as The Man Who Would be King with Sean Connery and The Girl with the Pearl Earring as well as French movies like Quai des Brumes and Les Choristes. Her greatest pet-peeves were badly spoken English (most particularly an estuary accent) and what she described as dirty sloppy teenagers with the crotches of their pants at their ankles. She had a particular fondness for frogs, good quality Scotch, and lively conversation. She will be sorely missed.